Next
Add to Group Enquiry
0

Founded in 1985 by Sheikh Mohammed Bin Butti Al Hamid in Umm Al-Nar in a small showroom and workshop employing 24 people, Abu Dhabi motors has become the most successful BMW Group Importer in the Middle East and now employs over 750 people in twelve facilities in Abu Dhabi and Al Ain, amongst which the BMW showroom and the Rolls-Royce Showroom being the largest in the world.
Abu Dhabi Motors was awarded ‘Global Dealer of the Year’ by Rolls-Royce Motor Cars in 2008, 2012, 2013 and 2015 as well as announced as the top-selling Rolls-Royce Dealer globally for 2008, 2013, 2014 and 2015, and the ‘Best Bespoke Dealer Worldwide’ award for the past 7 years thereby firmly establishing itself as the leading Rolls-Royce Dealer globally, having won 18 Global awards in 13 years the highest ever and only Dealer to have won the prestigious Global Dealer of the year award, four times.
Abu Dhabi Motors has been the top selling BMW Group importer in the Middle East for the past 7 years, as well as the recipient of the ‘Global Excellence in Sales’ Award for “Leadership in Luxury Class”. With five awards, Abu Dhabi Motors is the most successful BMW Group importer in terms of excellence in sales globally. ADM sold 13,650 new BMW’s in 2015 and is the top-selling premium vehicle Importer in the Middle East. ADM also boasts the highest customer satisfaction results in the Middle East, with Aftersales averaging 98% for the whole of 2015, and Sales managing 98.7%. 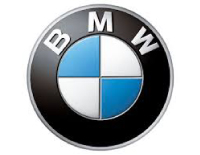